The island of Kos, renowned as the island of the father of Medicine Hippocrates, is located in south-eastern Aegean. To be more specific the island is located southern of Kalymnos and northern of Nisyros and it is also near Rhodes (Rodos). It is the third biggest island in extent among the islands that belong to the Dodecanese (Dodekanisos) complex with a population of 30.000. During the Ancient times it used to be an important crossroads of naval trade that extended from the Black Sea and through the coastlines of the Asia Minor and the islands of Aegean all the way to North Africa. The island’s extend is almost 290 km2. Kos has a long and narrow shape with it’s highest point being the top of the mountain “Dikaio” with an altitude of 843m. Kos is accessible by boat or by plane. During the summer time 2 - 3 daily high speed vessels depart from Piraeus and reach Kos in about 10 hours. In addition 3 or 4 airplanes depart from Athens International Airport (E. Venizelos) and reach the airport of Kos in about an Hour. The airport of Kos is located in Antimachia, 23 kilometres away from the city of Kos.

Most of the island residents are occupied within the tourism industry and the most well-known product of Kos is honey. The temperate climate of Kos, it’s dense vegetation and particular morphology of it’s terrain due to the volcanic activity known as “The arc of Aegean” between Nisyros, Thira, Milos and Methana, makes it unique.

The splendid beaches, the deep blue sea, the traditional pathways with the white houses and the local and unique delicacies of the island make it magical.

View also
Explore our hotel through our pages 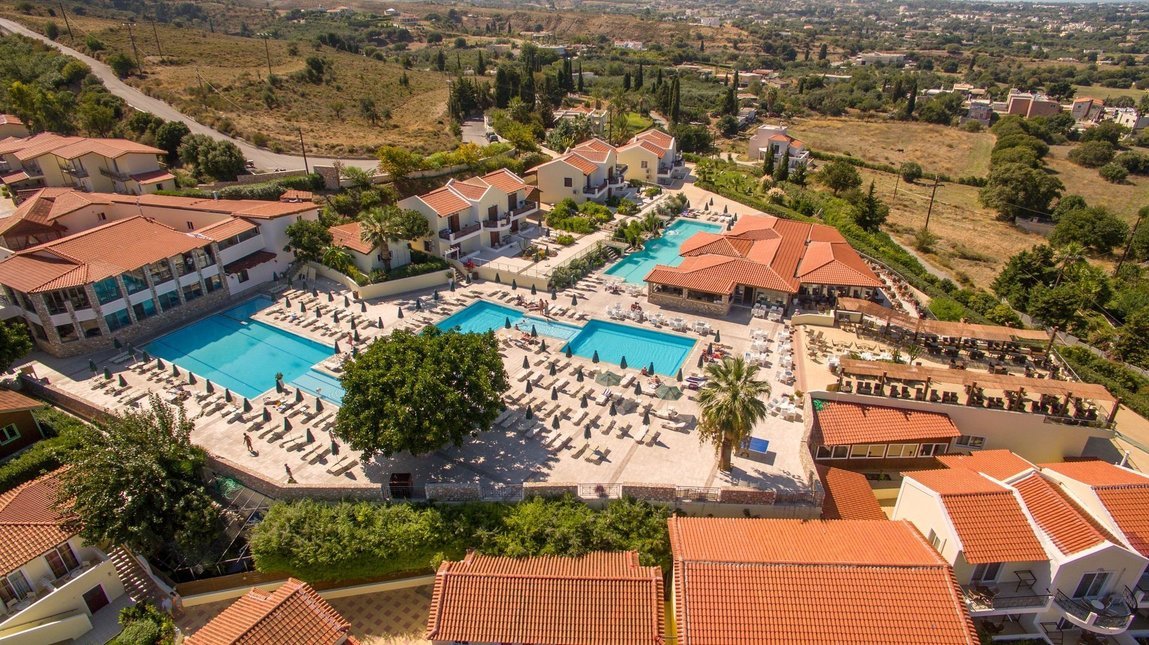